I ordered the GeForce RTX 3050 OC, which is a slightly overclocked model. This is the latest generation for RTX cards as of 2022, but not the top of the line. Anyway, I’ll be glad to finally have decent graphics. So that’s the new card I’m pretty happy with it. Increasing my processing power for the greater good. 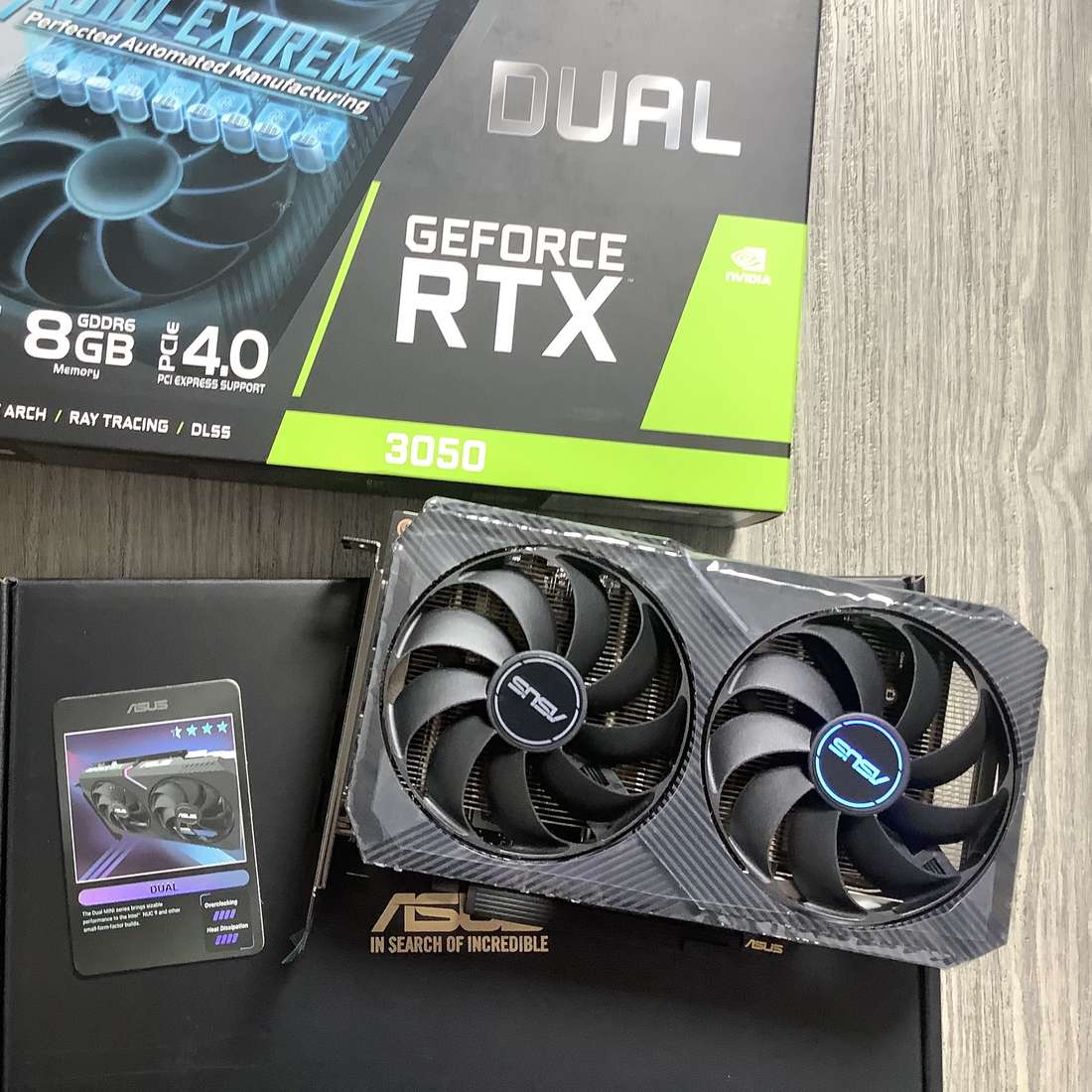 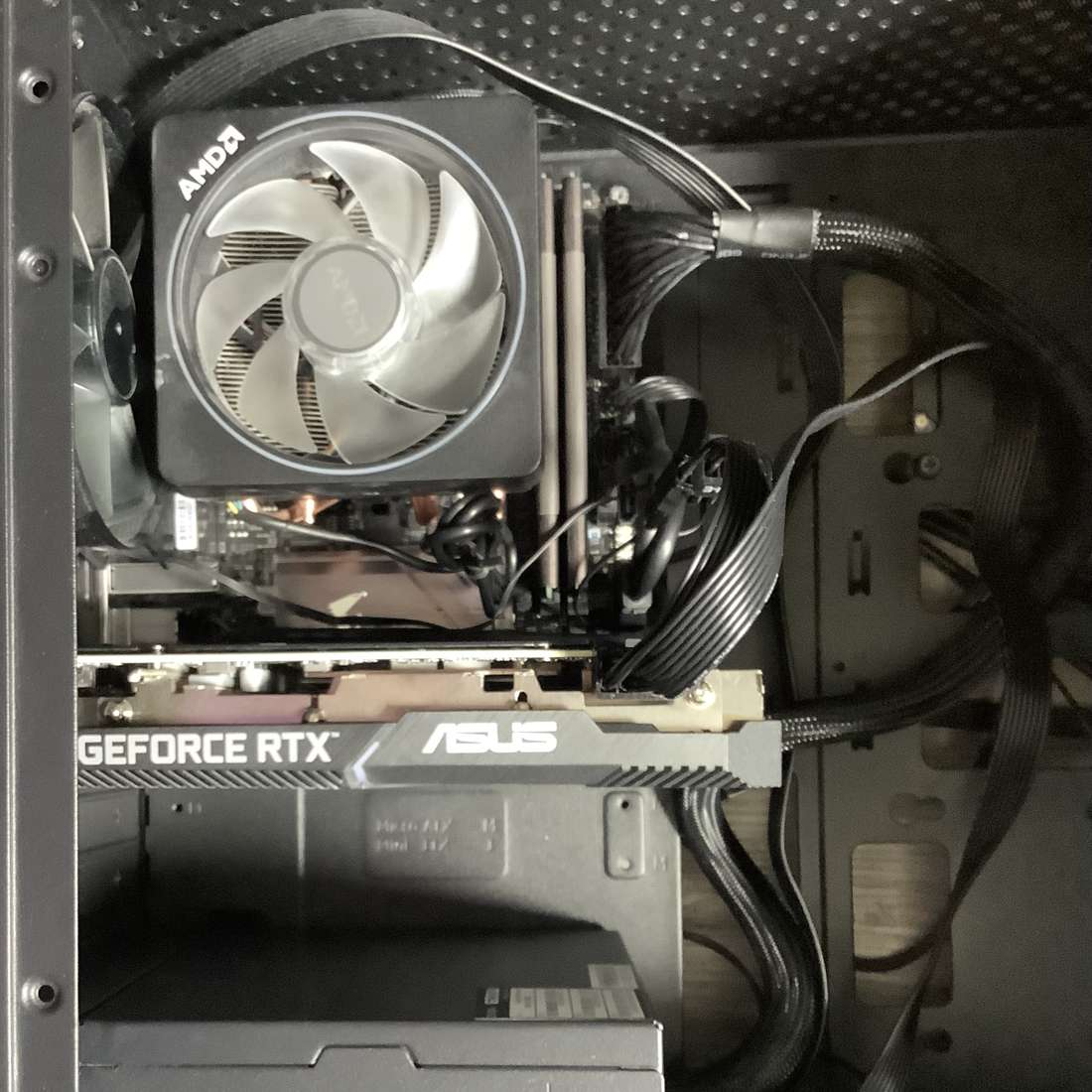 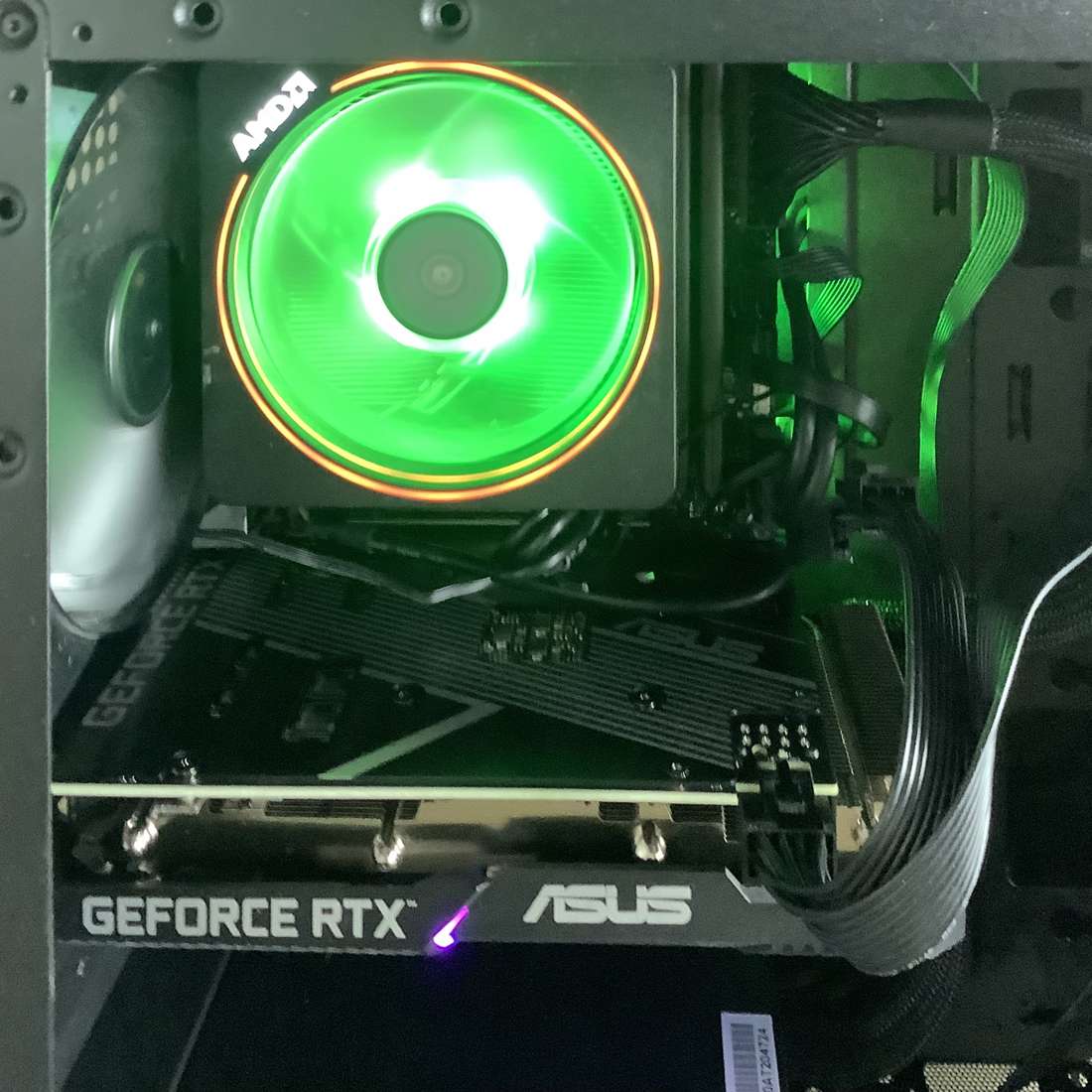 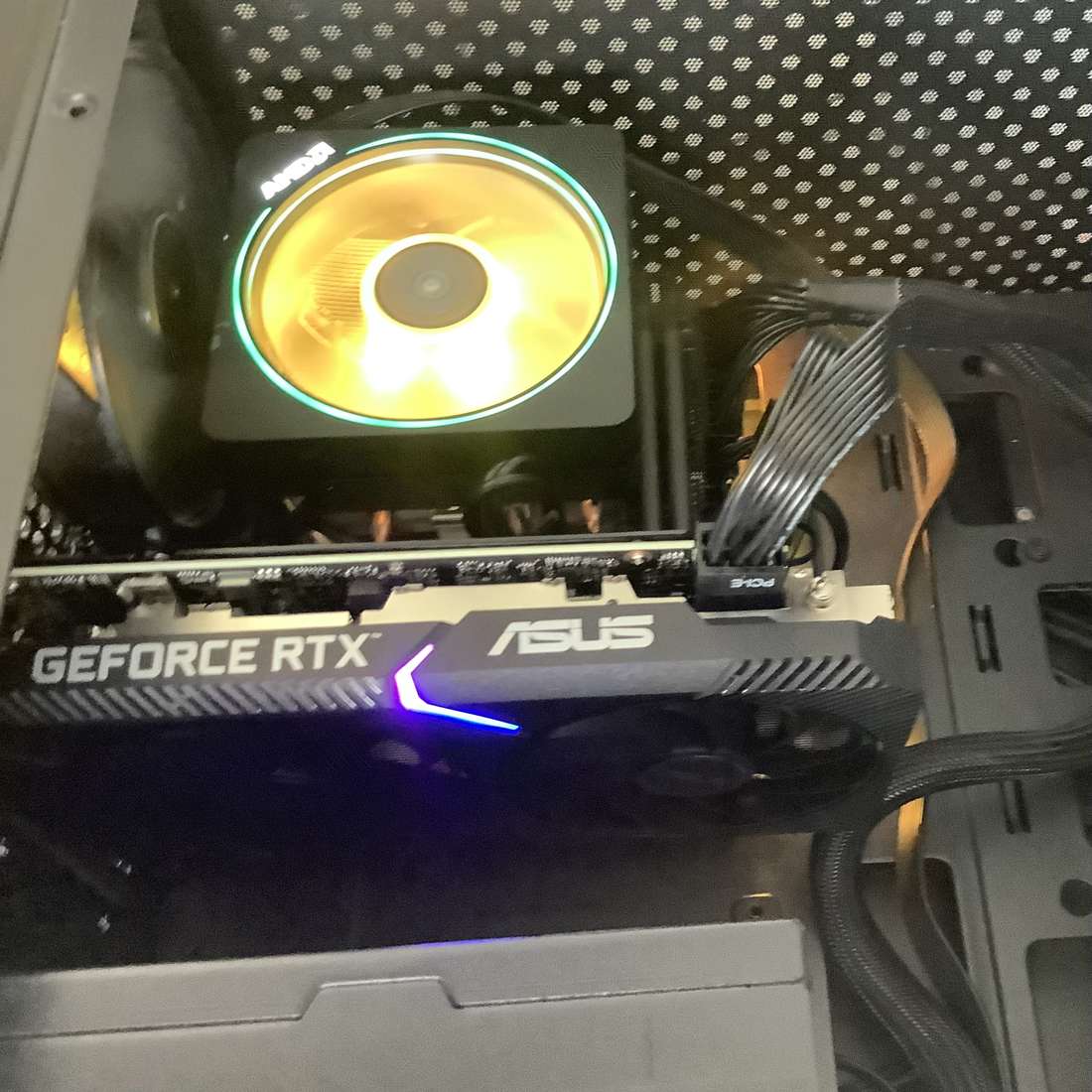 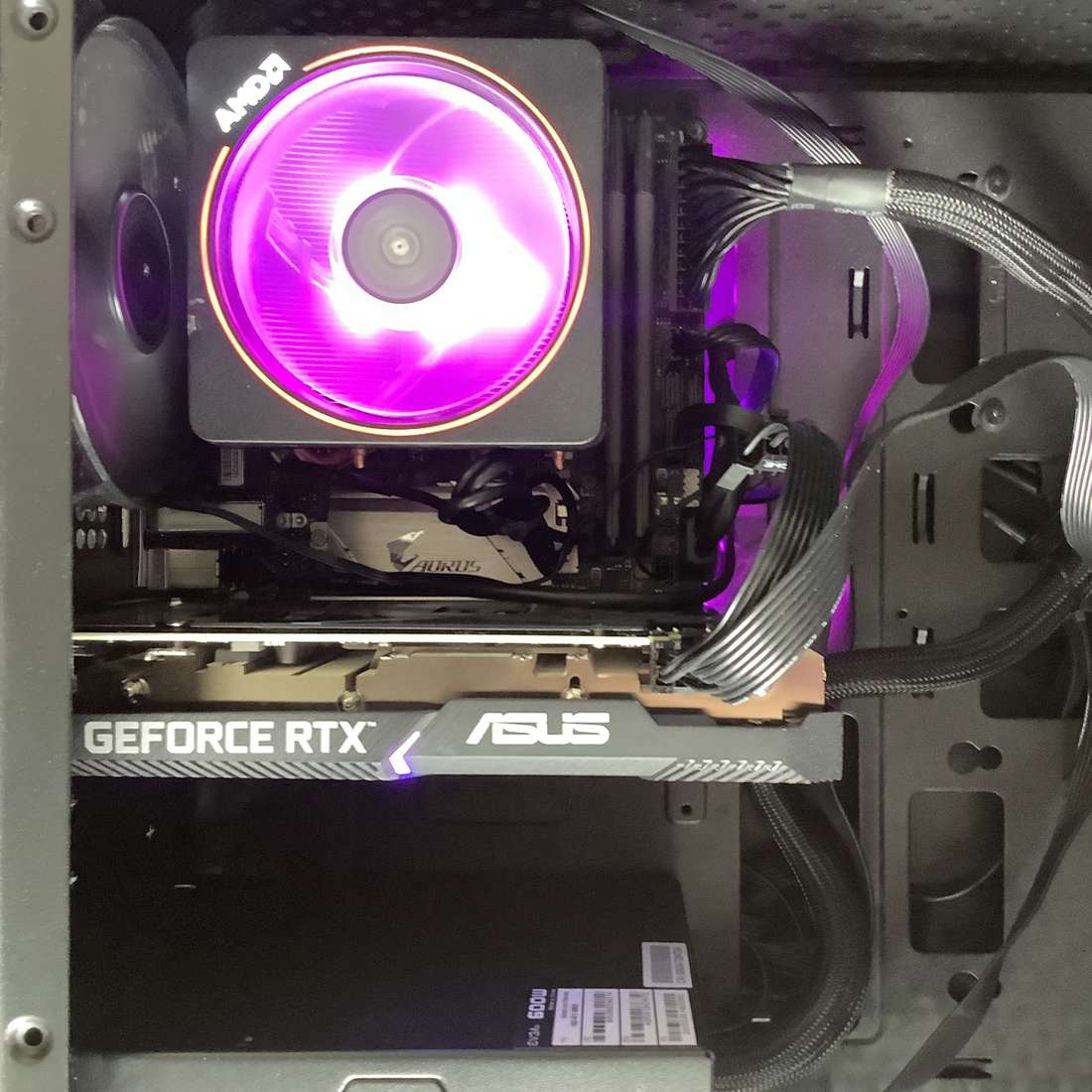 Pictured below is the ASUS overclocking tool for the GeForce RTX. I’m probably not going to overclock much, but like to keep an eye on the temperature. 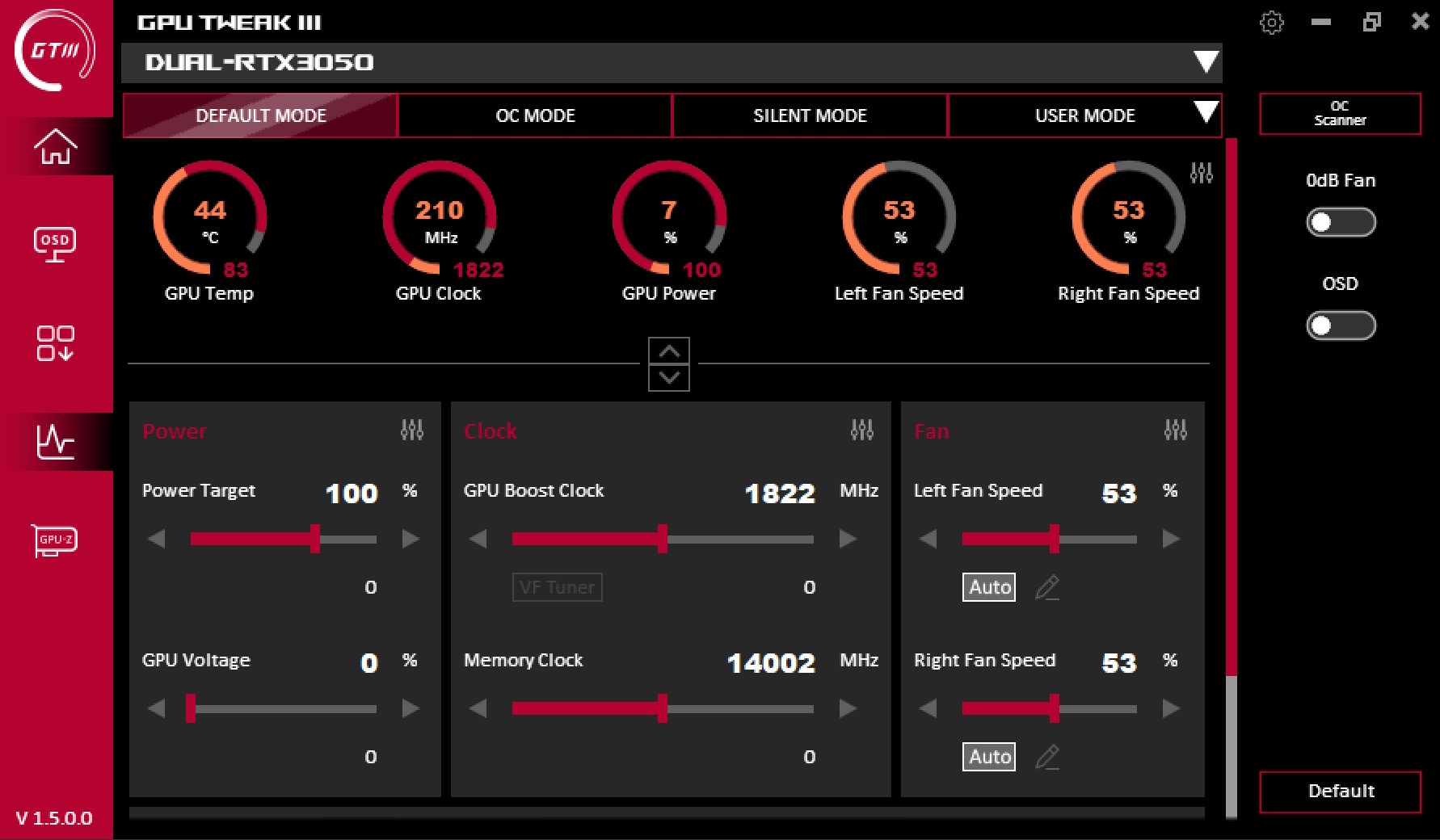 Nuclear fusion reactor, I did this mainly with Copic markers and Sakura micron fine-liner. There is some digital clean-up, especially the background. 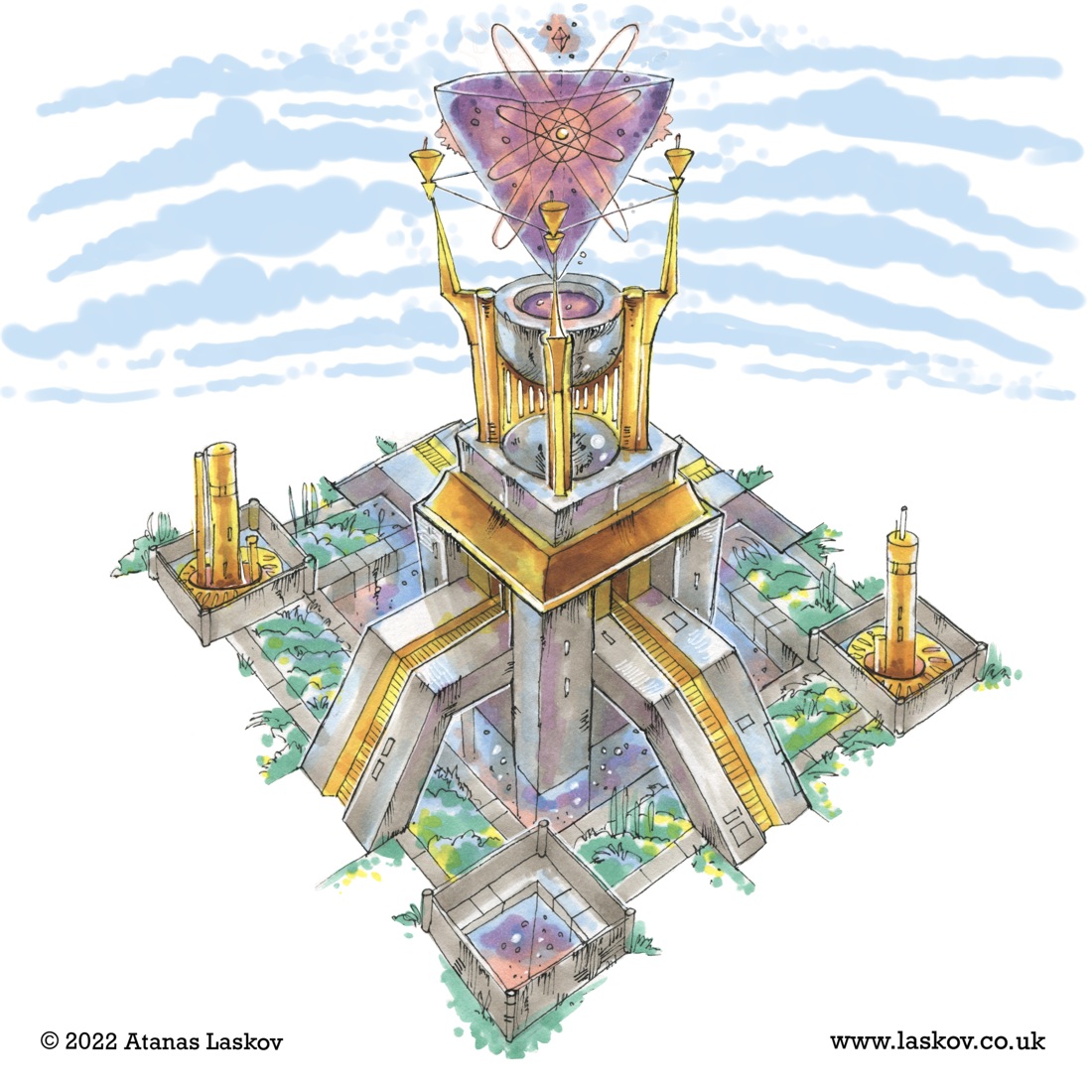 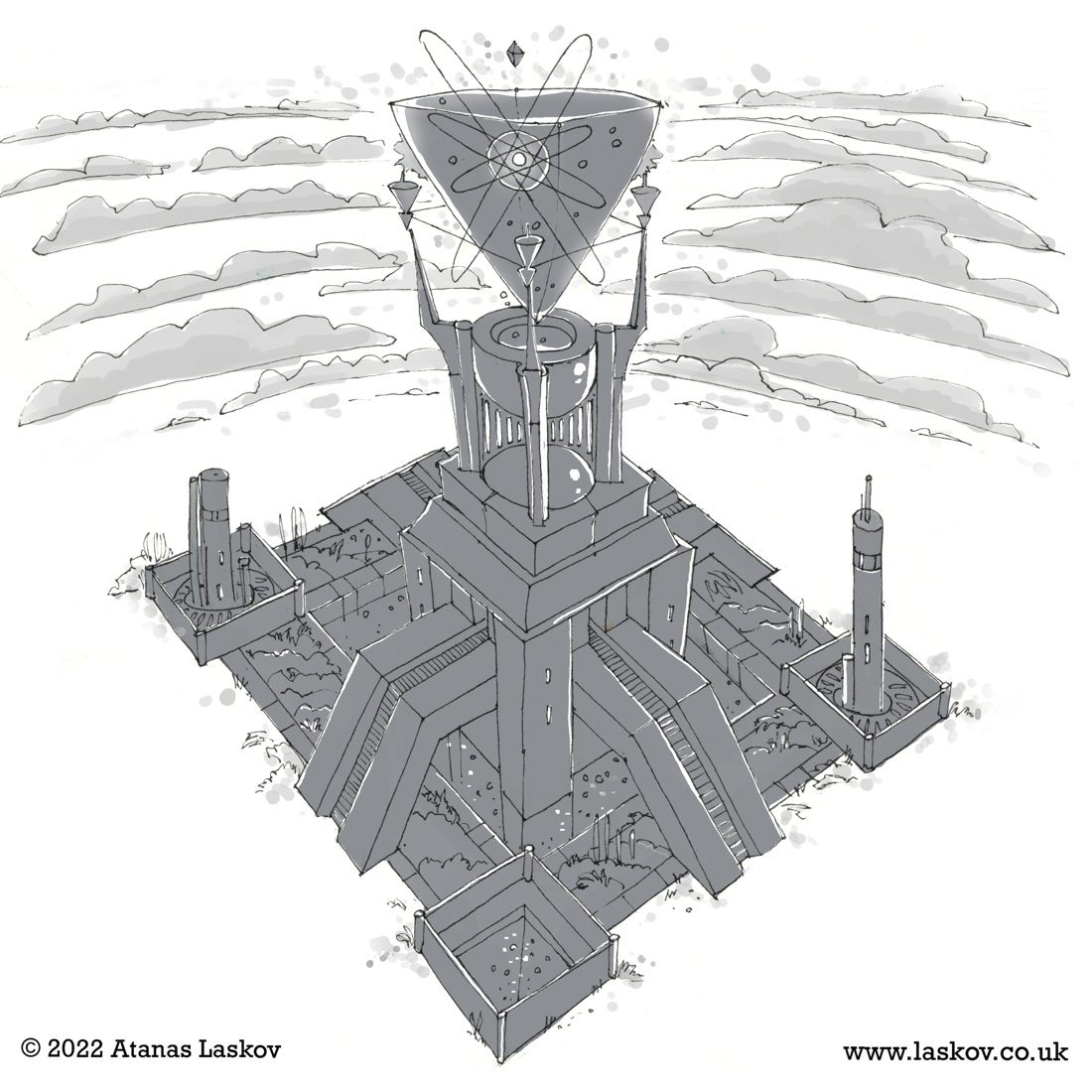 And here is a water tower concept, the skull is a chimney of sorts. I like drawing paradoxical architecture. 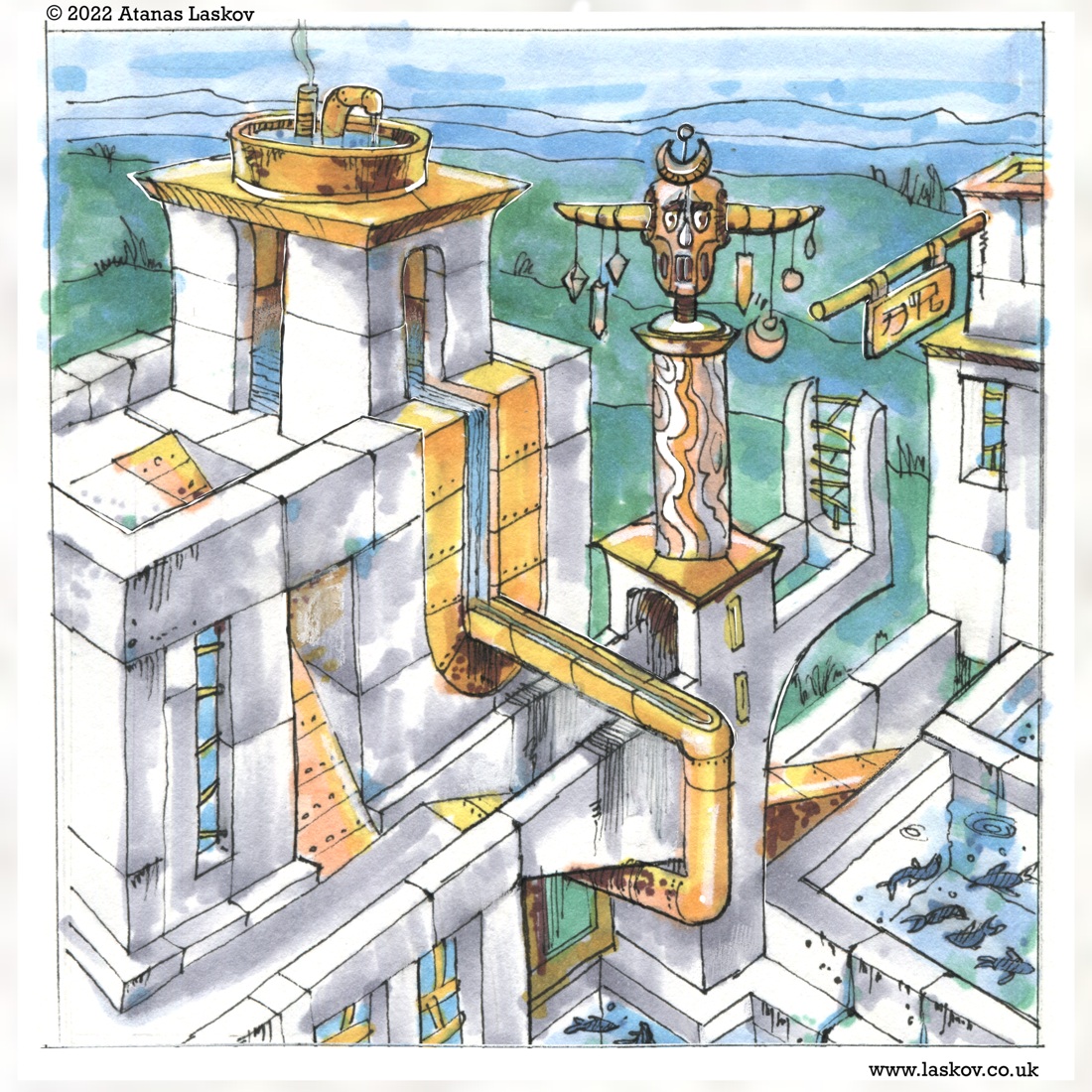 Long ago a guild of clowns developed a potion that makes any joke seem funny. It worked so well, that Venom Clowns abandoned entertainment for a more profitable life as bandits. They still consider it polite to tell a joke as their “client” collapses on the ground in spasms of laugher. 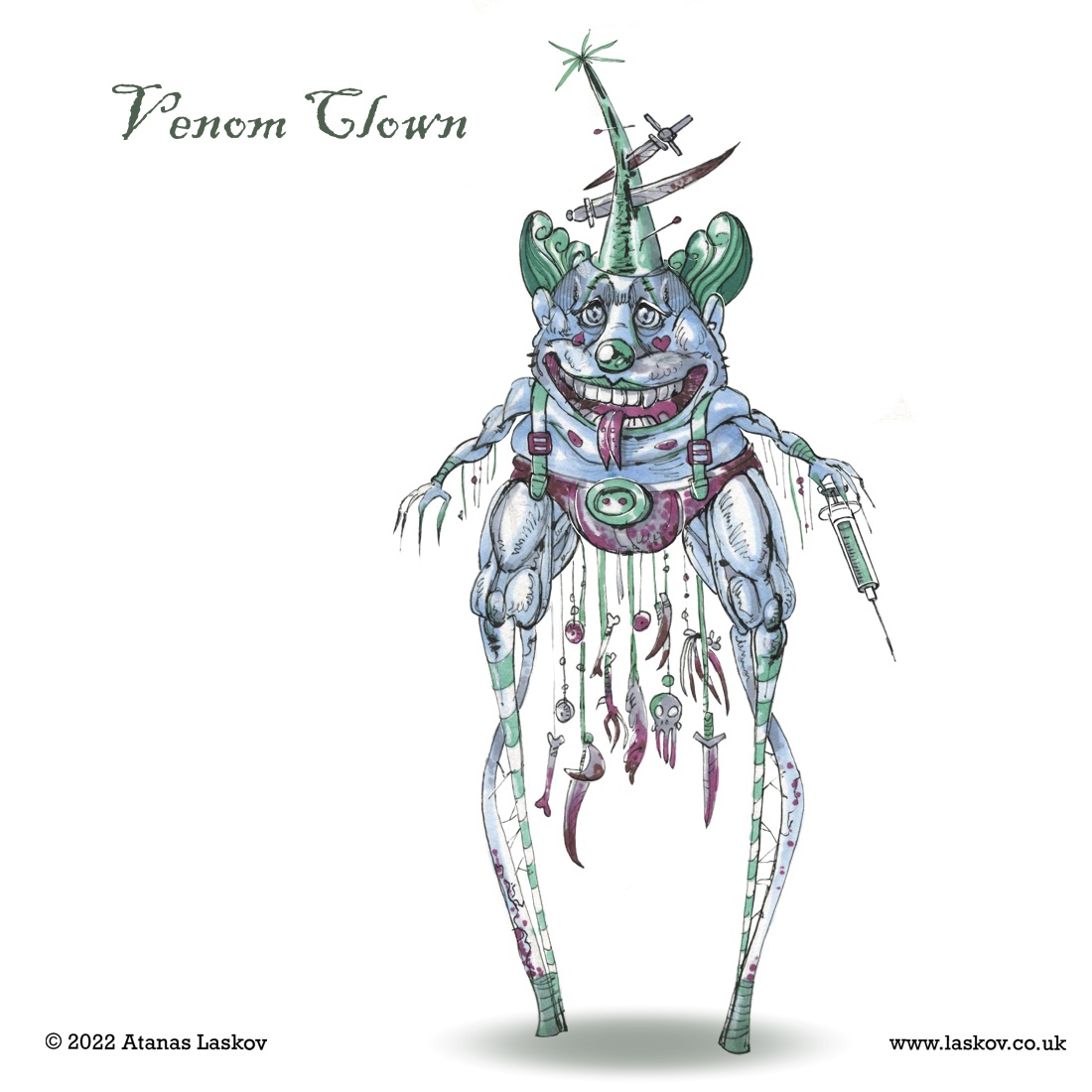 They say one day the Sun will run out of fire, and even the stars will wink out, returning to primordial Chaos. May it be countless generations before that dark time! Keepers fight tirelessly to protect the Balance of Nature from the advent of Chaos. 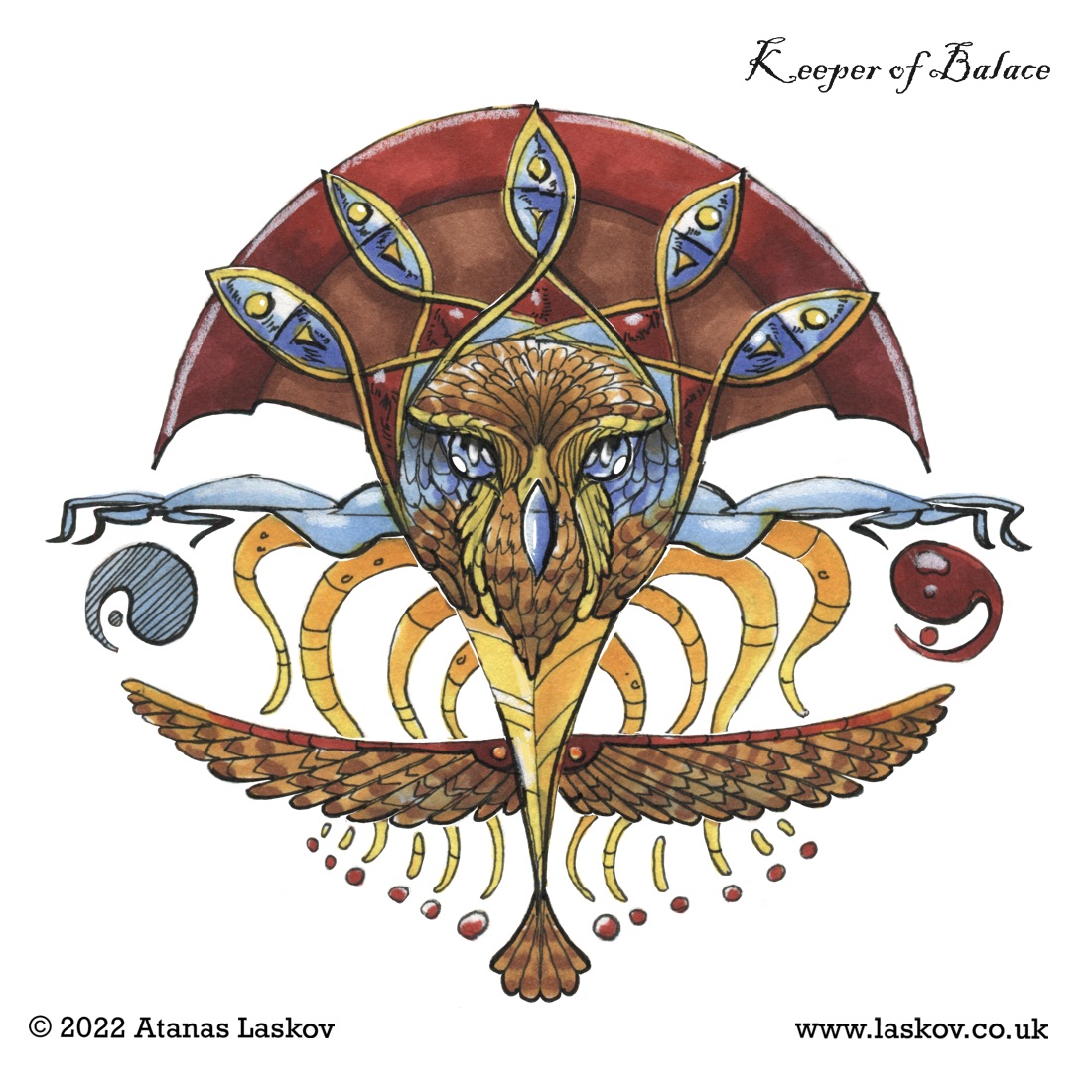 Perfectly adapted to the Swamps of Malduros, the Pseudo-Psychic can swim in water or slither on dry ground. It lacks the true intelligence of a psychic, but has the ability to stun its victims with powerful lashes of its muscular tentacles. 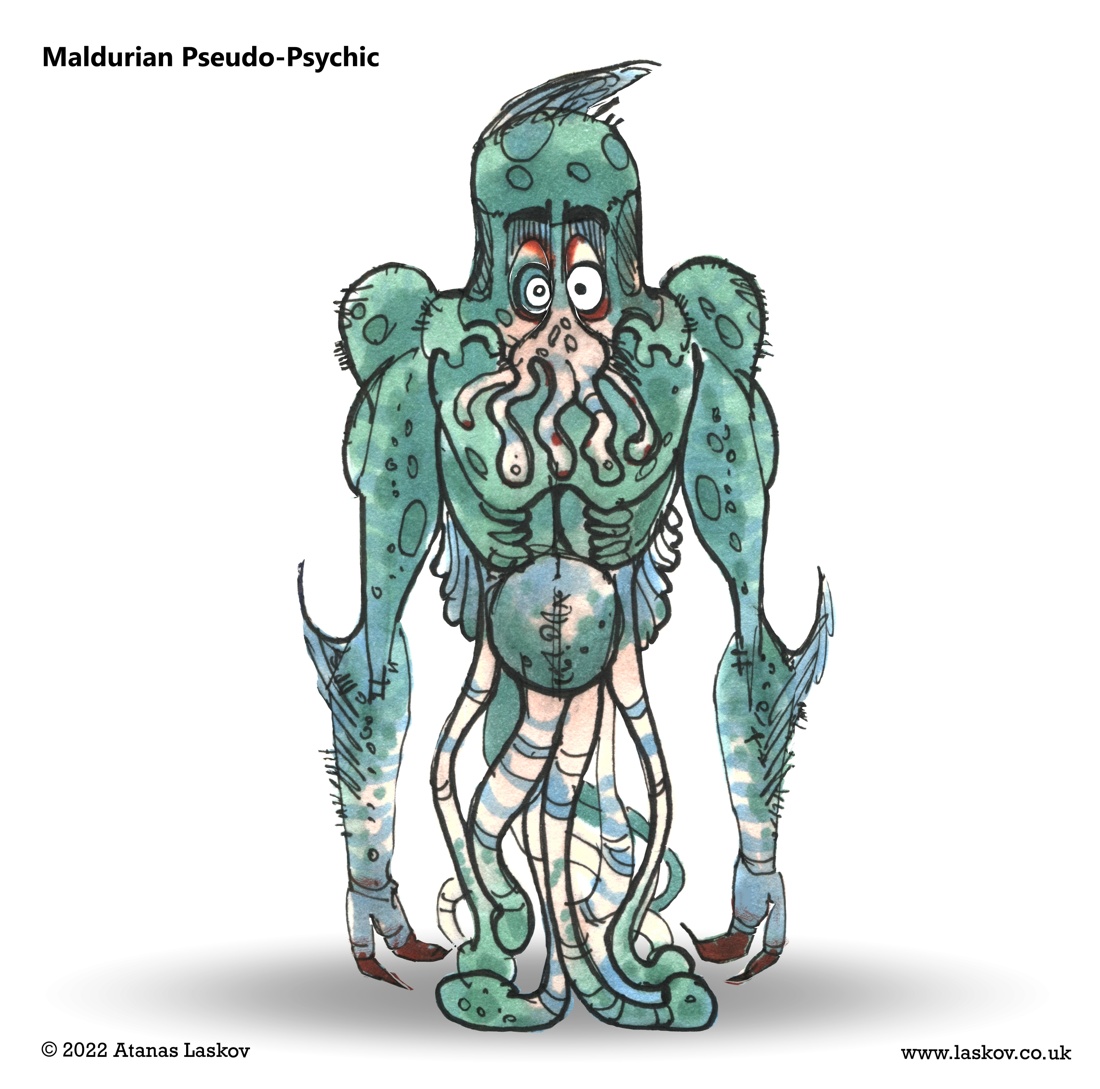 Swamp Chimeras are the by-product of magic pollution leaked into the water from the towers of rogue Magi. These creatures have the aggressiveness of a wild cat, and the hard exoskeleton of an insect. Due to their unstable nature, their strength may vary greatly. 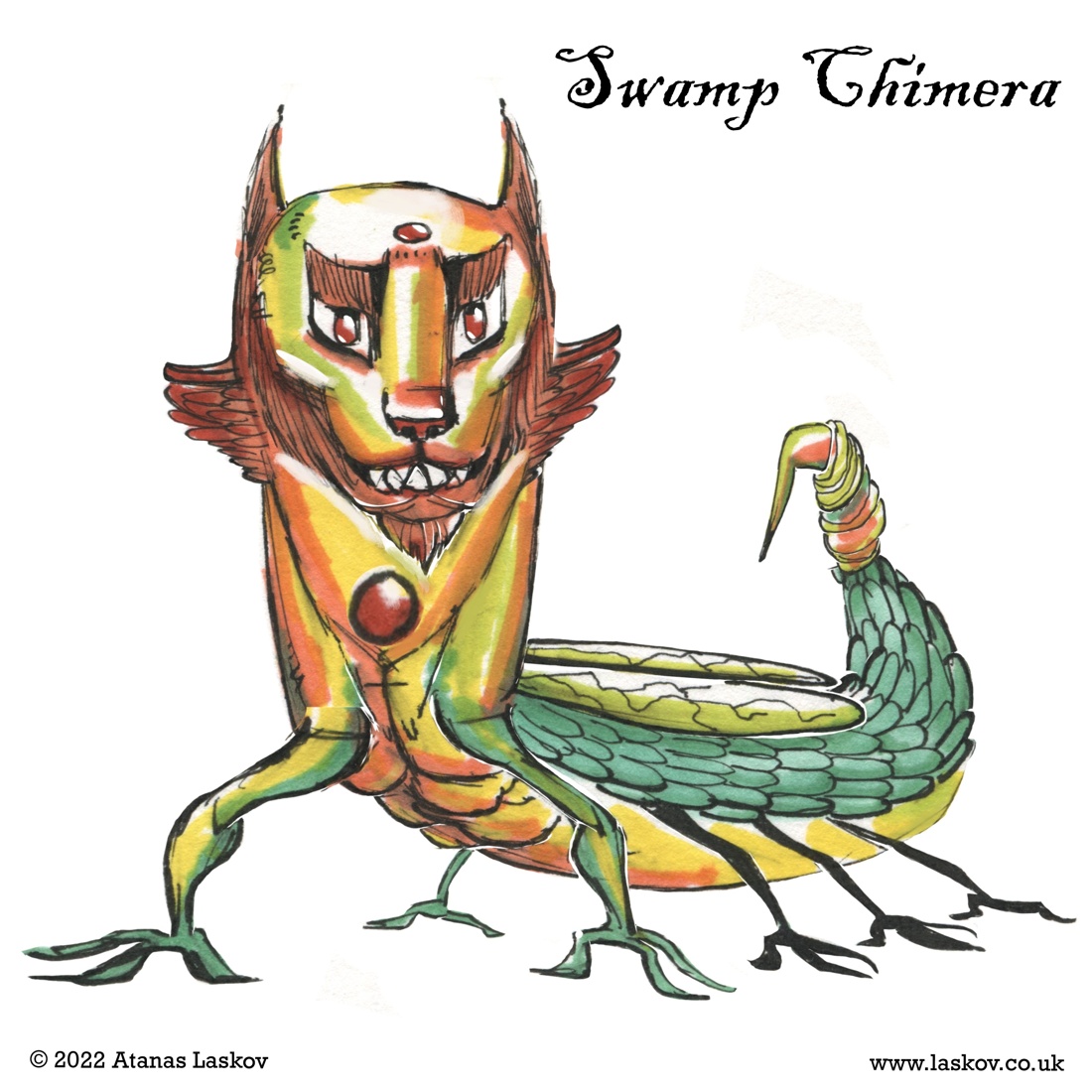