In the mythology of the Yoruba, Eleggua is the god of the crossroads. He has many names: Elegba, Elegbara, Eshu, Papa Legba, Exu. He speaks all languages and serves as messenger of the gods, similarly to the Hermes of Greek mythology. 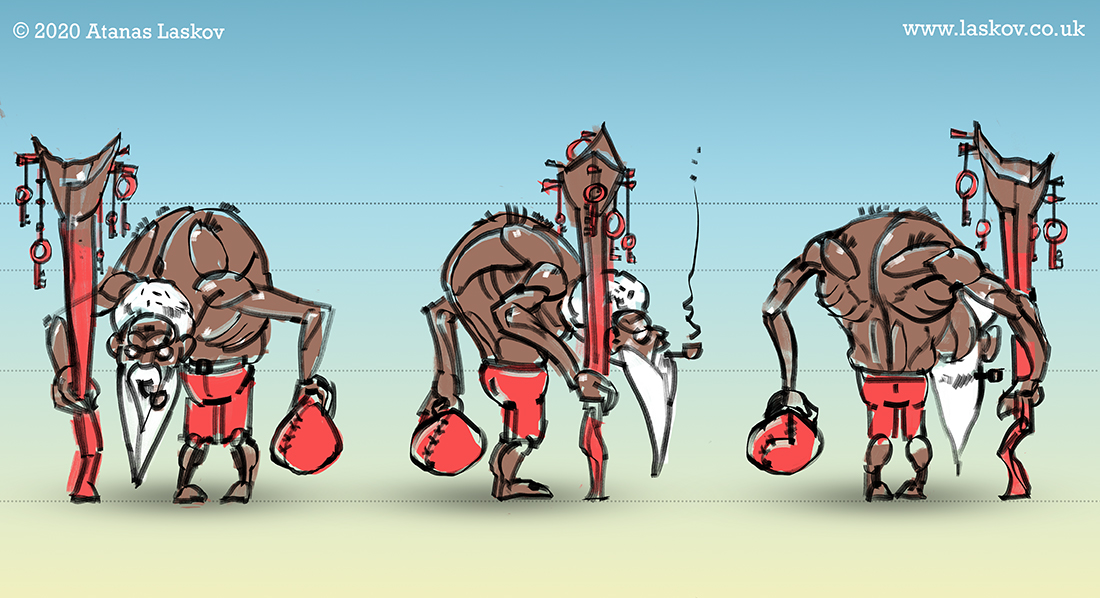 And some prior research: 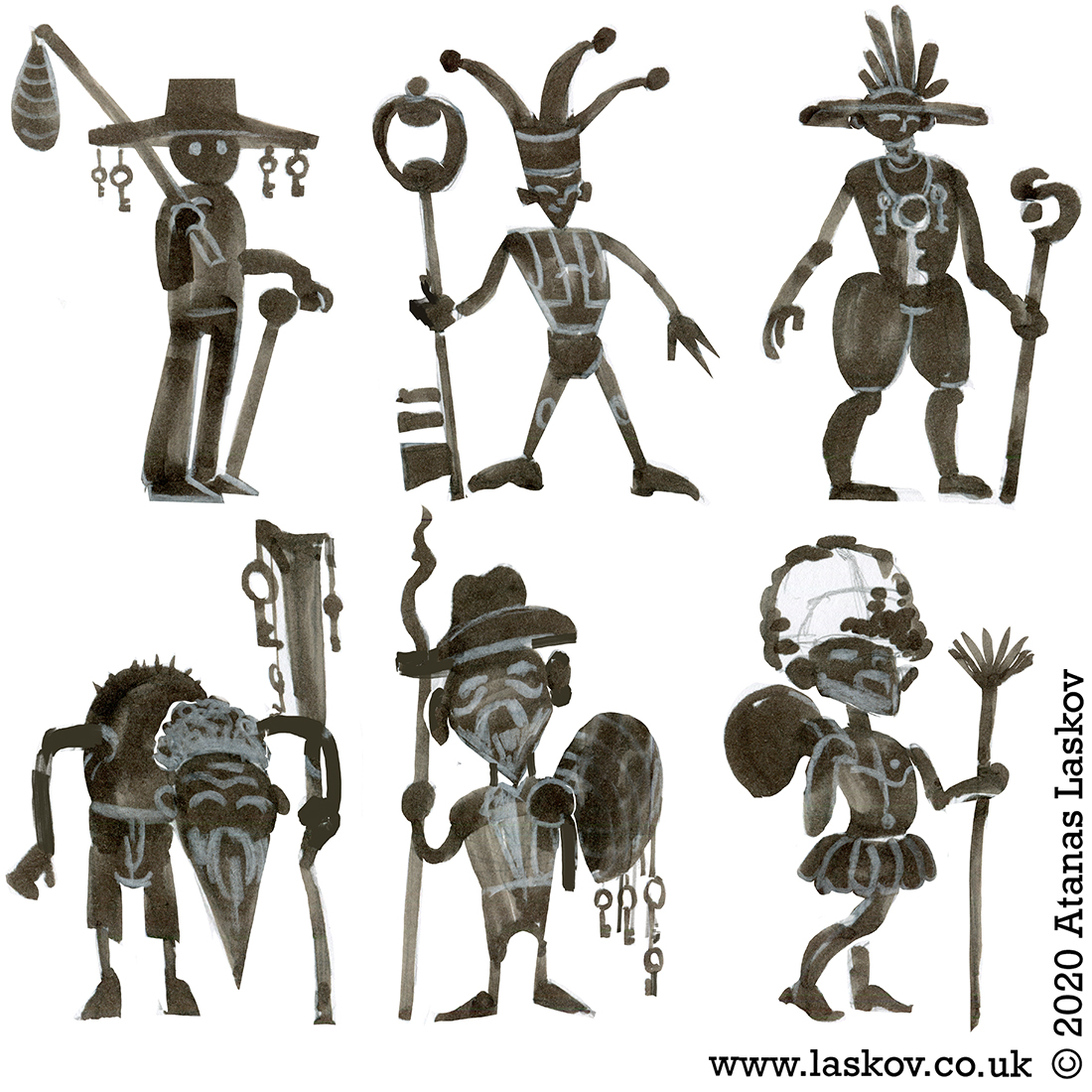 Eleggua is a trickster who likes to play practical jokes on both mortals and gods. In one pataki he wears a cap which is red on one side, white on the other side; As result of this nobody can agree what is the colour of his cap, and he causes discord.

This god appears to walk like a crippled man. This is because with one leg he walks in the real world, and with the other in the spirit world. He is both young and old; Sometimes an old man with the head of a child.

The spouse of Exu is Pomba Gira. There are many Pomba Giras, as there are many Exus. And for example in Brazilian Quimbanda, there is a spirit known as Exu Dos Cabeças (“Exu of the two heads”). Half of him is the male Exu, and the other half is fused together to the female spirit. 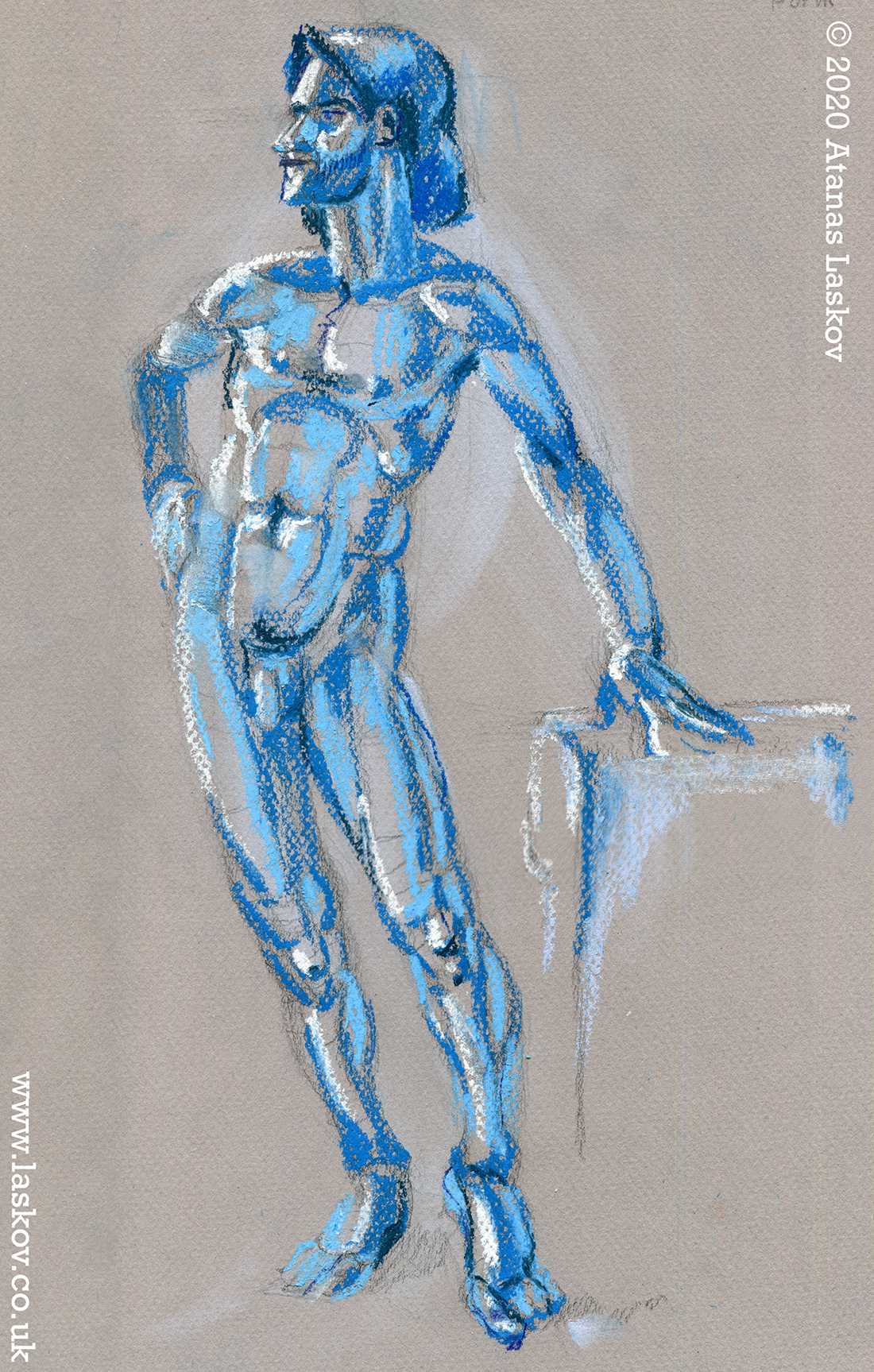