I designed this pirate character for my Concept Art studies at university. He is grounded in the Thracian culture, with some fantasy artistic license. I’ve still got to shade him, and add colours. Thracians are rustic people, but good warriors. They adopted some of Greek civilization, and were also influenced by Persians and Celts. 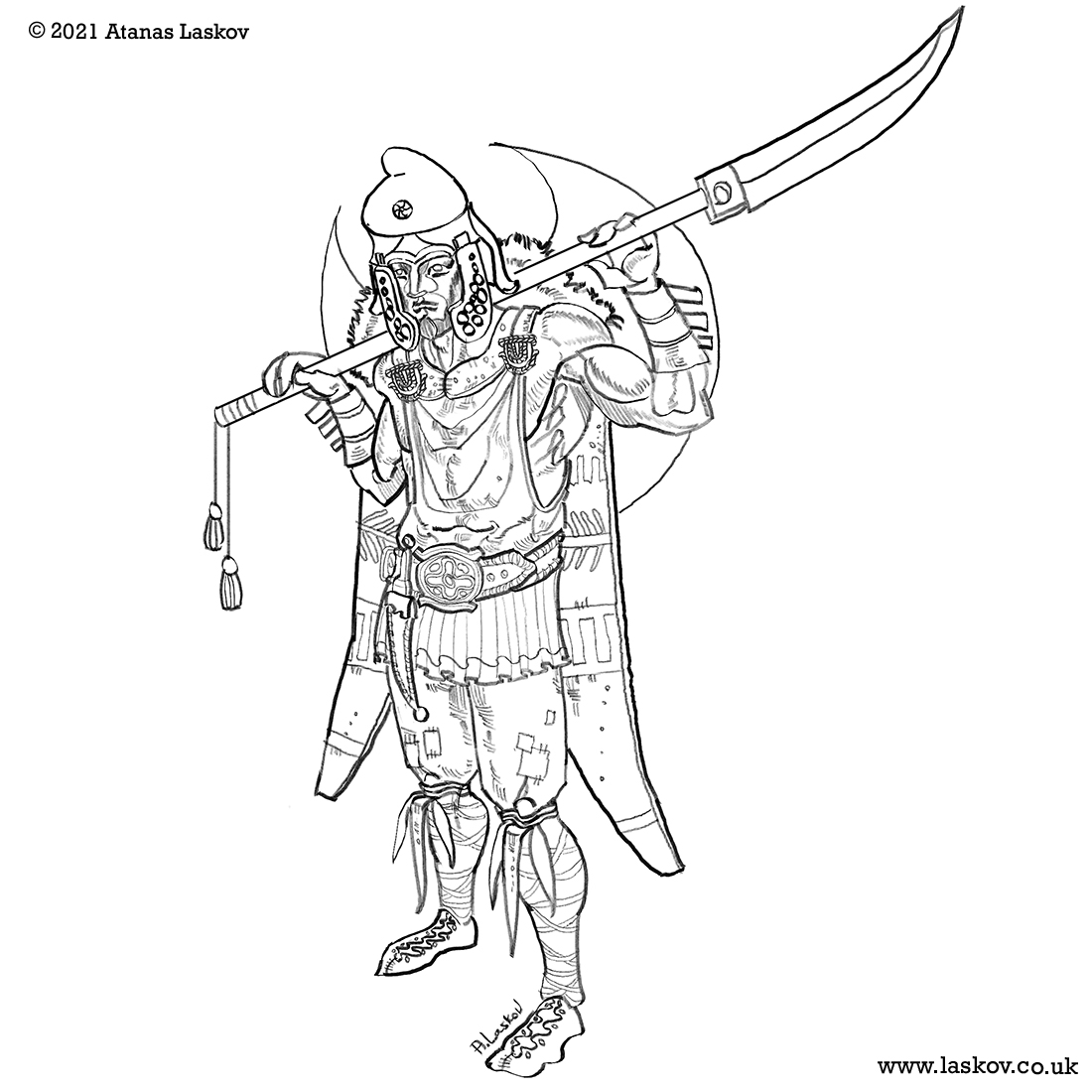 As rustic people, the Thracians worshipped Dionysus Sabazios (god of wine and wilderness), Bendis (huntress goddess similar to Artemis), the god of music Apollo, the Thracian Horseman, and Ares (god of war). They didn’t recognize the hierarchy of Olympian gods and worshipped them all as equals. Solar gods were worshipped at the mountains, and Lunar gods in forests.

Thracians had bad rep as barbarians and pirates. They were often mercenary soldiers in the Greek world, and many were slaves. Some notable Thracians are the musician Orpheus, who charmed animals, and the rebel Spartacus. 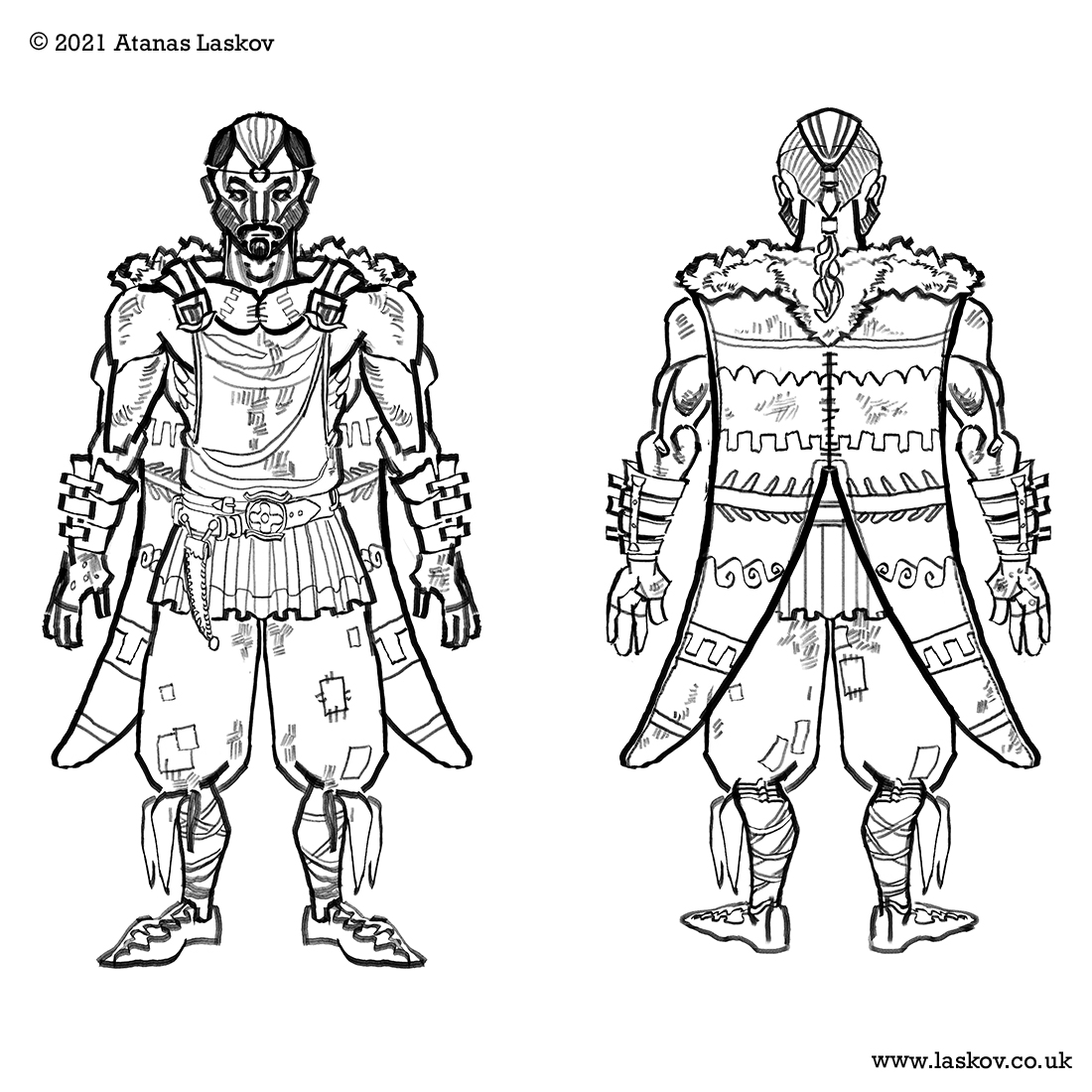 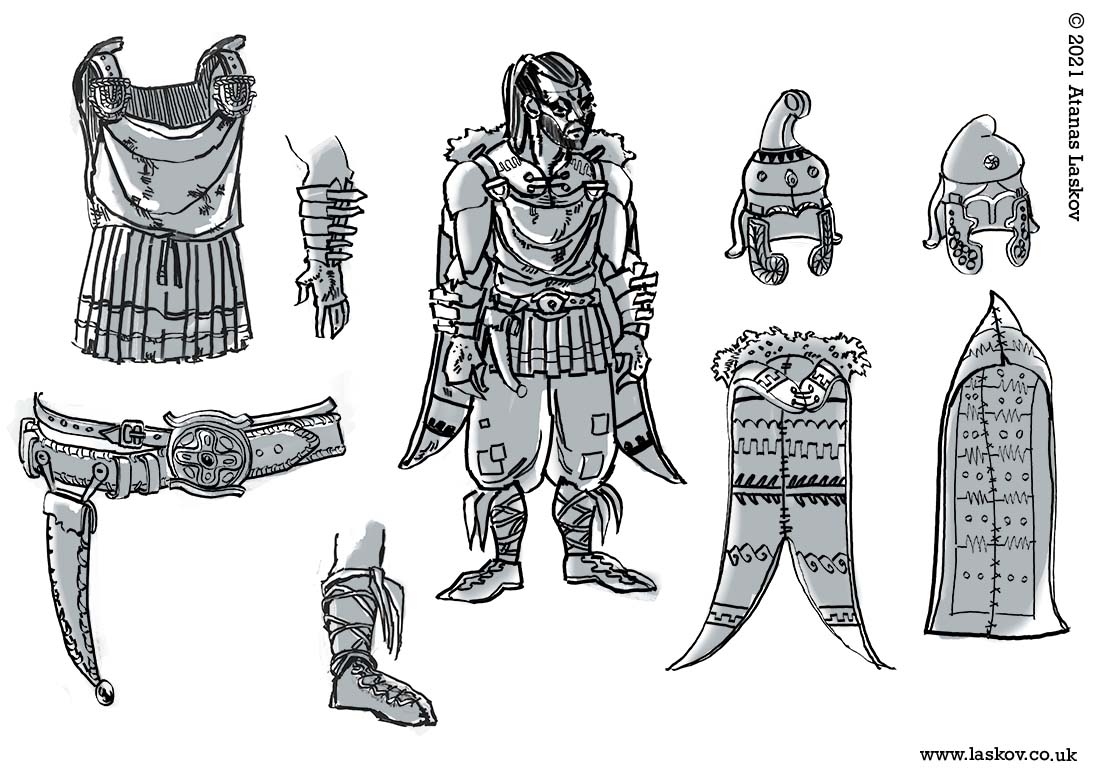